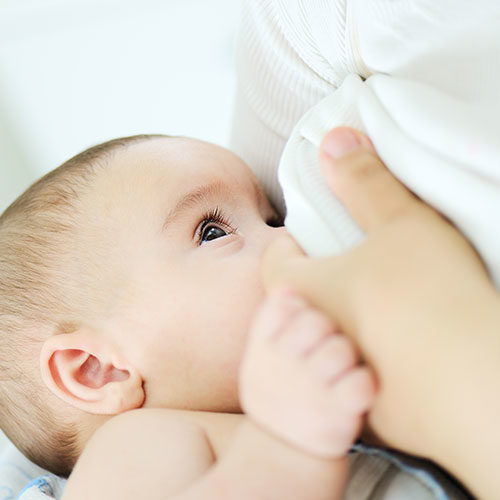 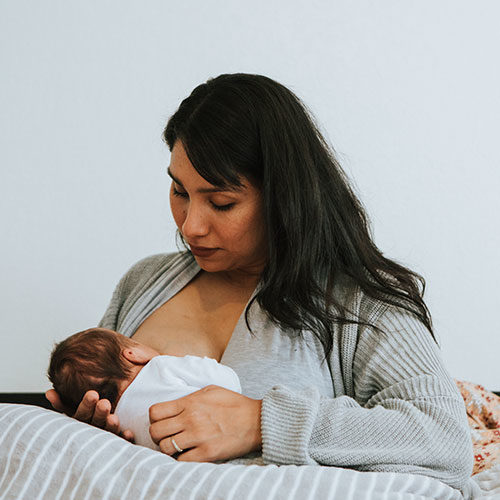 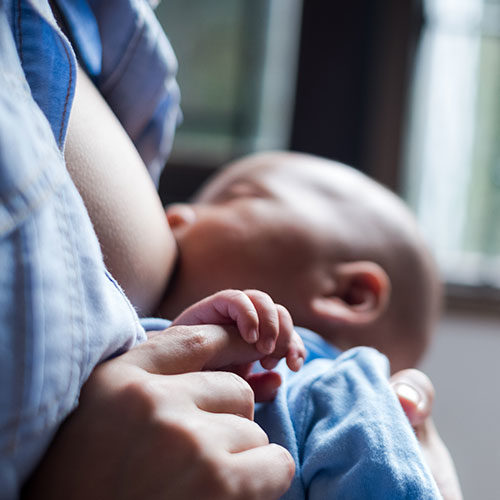 What is Lactose Intolerance in babies?

Lactose Intolerance is the inability to digest lactose (milk sugar). This is not an allergy to milk. Lactose intolerance occurs when the body produces insufficient or no lactase. Lactase is an enzyme that is secreted in our small intestines to break down lactose.

Lactose intolerance is extremely rare in infants and young children below 2 years of age. To come to think of it, it makes complete sense. Breast milk is very rich in lactose and evolutionary speaking, it would be very important for babies to be able to produce enough lactase in order to thrive on the only food that nature made for them.

Types of Lactose Intolerance :
1) Primary Lactose Intolerance –
This is late-onset intolerance to lactose which is more common in adults. This happens due to the gradual reduction in the production of lactase in the person’s body. Therefore, it takes time to manifest. In most cases, the symptoms don’t show up until young adulthood. And the symptoms almost never show up before the age of 2-5 years. Thus, this is not the kind of lactose intolerance seen in babies.

2) Congenital Lactose Intolerance –
These are disorders present at birth and are inherited through heredity. Some examples include congenital lactose intolerance/deficiency, galactosemia etc. These disorders have symptoms like severe diarrhea, vomiting, dehydration and failure to thrive. These disorders require systematic medical treatment and guidance all throughout.

Lactose Intolerance in Babies and its Treatment :

The most common type of lactose intolerance amongst babies is the Secondary Lactose Intolerance. Treatment depends on whether or not a baby is breastfed or artificially fed.

B) Artificially Fed Babies –
Lactose-free formula is recommended for the artificially fed babies having a secondary lactose intolerance. It is only recommended when a baby is malnourished and/or is losing weight. Donor milk can be sought in other cases. If the baby is combi-fed, breastfeeding must continue while replacing the formula with donor milk and trying to wean the baby off top milk. If the baby is given cow’s milk as a substitute to breast milk, the baby might have cow’s milk protein allergy and not lactose intolerance.

Some Frequently Suggested Treatments and their pros and cons:

Taking the baby off the breast or Alternating between Breastfeeding and Formula
Except for congenital lactose intolerance, this is never needed. In fact, if breastfeeding is stopped, the baby is deprived of optimal nutrition and the gut healing properties of breast milk are not received by the baby.

Lactose Free Formula
Lactose is essential for early rapid brain development of human infants. Therefore, removing lactose from a baby’s diet should only be done for a short term and under medical guidance. The lactose-free formula is recommended only in extreme cases where the baby is malnourished and/or losing weight.

Soya Formula
Soya formula can be helpful in cases of galactosemia. However, it is important to note that it is not recommended for babies below 6 months of age. Also, babies who are allergic to other milk proteins are usually also allergic to soy milk protein.

Lactase Drops
There is little evidence that it helps when administered as drops to the baby. And even when it does, it gives symptomatic relief but does not cure the issue. They may be easy to give to babies who are given expressed breast milk (EBM) or formula as it works when they are added to the expressed breast milk (or any other milk) and left for some hours for the enzyme to pre-digest the lactose in the milk for the baby.
Except for congenital lactose intolerance, lactose intolerance in babies always has a cause. The treatment should be aimed at finding that cause and resolving it.

Due to the similarity of symptoms, some other issues are often misdiagnosed as lactose intolerance in babies. Below are some of the most common such issues.

A. Cow’s Milk Protein Sensitivity / Allergy (CMPA) –
This is often confused with lactose intolerance and some people think that they both are the same thing. This is not true. Cow’s milk protein and Lactose are both present in dairy products. So, it becomes difficult to determine which one is causing the symptoms. Additionally, if a baby has CMPA, it causes damage to her gut lining causing lactose intolerance. So, it becomes all the more difficult to determine the actual reason. CMPA can manifest in babies less than 6 months old if the mother’s diet includes dairy products, or if they are given cow’s milk as top-up. In order to diagnose lactose intolerance, CMPA should be ruled out first.

B. Lactose Overload in Babies –
Sometimes babies may show the symptoms of lactose intolerance not due to lactase deficiency, but due to lactose overload which overwhelms the baby’s digestive system. This happens due to the foremilk-hindmilk imbalance.
Foremilk (the milk that starts flowing first as the baby begins nursing) is high in lactose and low in fat. The hindmilk (the milk that comes later in the nursing session) is high in fat and low in lactose. When there is more consumption of the foremilk, the baby receives too much lactose. This is called lactose overload.